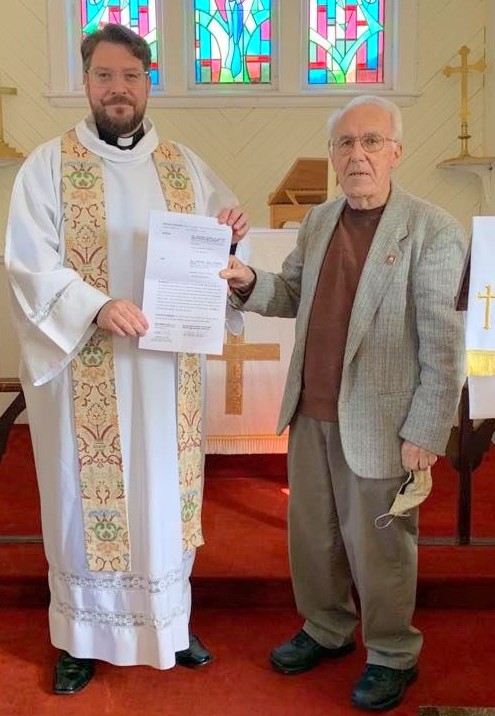 On October 19, an event was held at St. Luke’s Anglican Church in Placentia to deconsecrate the church and turn it over to the Placentia Area Historical Society.

Archdeacon Sam Rose conducted the deconsecration which was attended by representation from the Placentia Area Historical Society and a number of long-time dedicated parishioners who took part in the readings.

Following the deconsecration, the deed to the church was officially passed over to Tom O’Keefe, president of the Placentia Area Historical Society.

The Society plans to keep the church as it is and conduct tours of it during the tourist season.  This gives an opportunity to tell the history of the graveyard surrounding the church which goes back to the sixteenth century and is probably the oldest in the province.  This was also once the site of the first Catholic Church in Newfoundland.