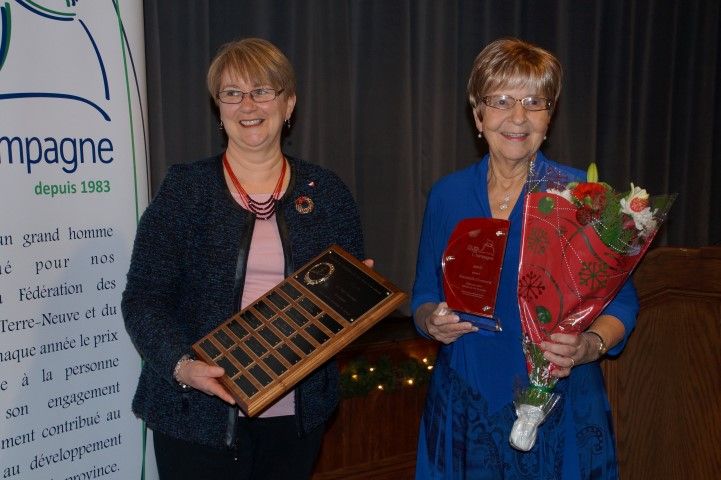 A member of PAHS has received an award for the promotion of French language and culture. Rachelle Connors has received the Roger Champagne Award for her efforts that including teaching French, intreprtation, culture promotion by organizing French meals and displays and setting up a local French organization to assist known as the La Association francophone de Plaiasance.  She was also recognized for here protest when the Town removed French from its logo and entrance signs.  The award was presented by president Cyrilda Poirer of La Fédération des francophones de Terre-Neuve et du Labrador and is for people who have shown involvement in the development of the provincve's French community.  Rachelle is the first non-member of that association to have received the award. (Photo: Rachelle on right)