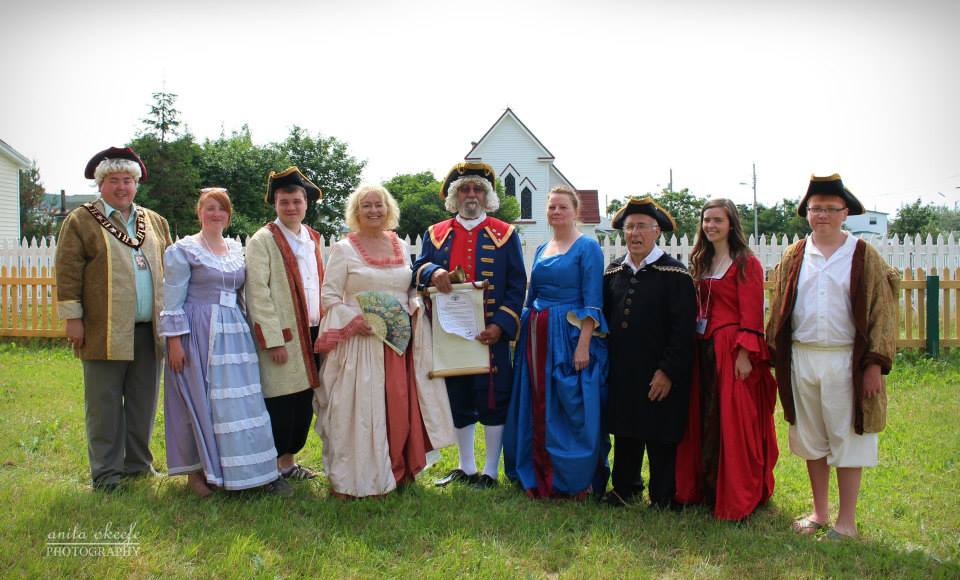 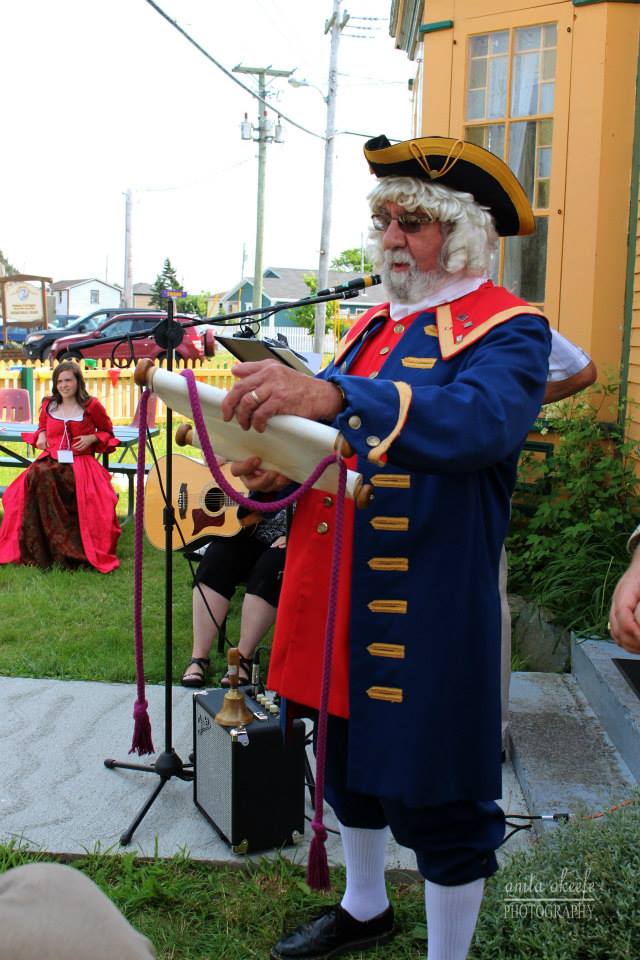 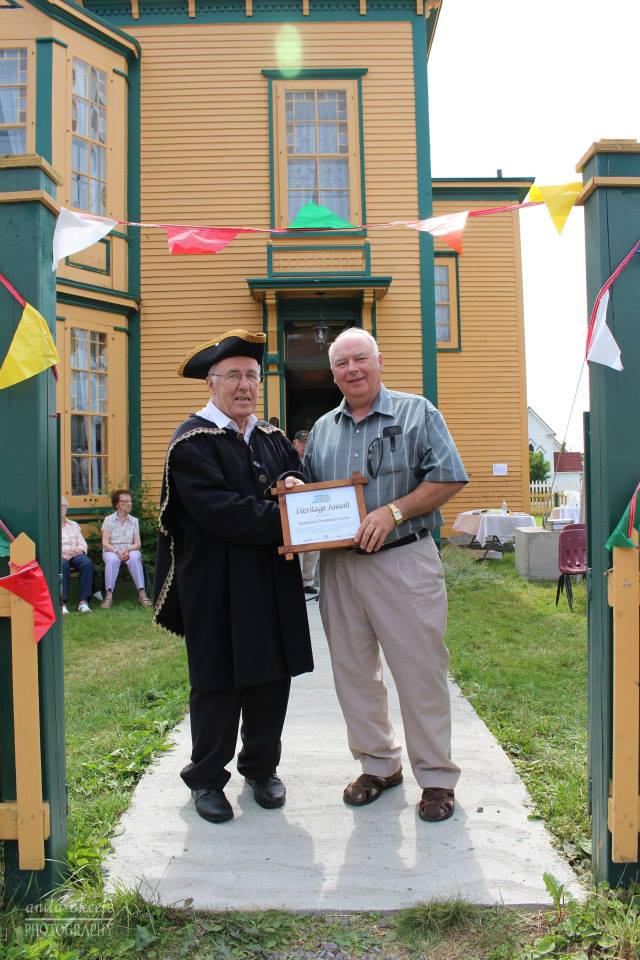 The Placentia Area Historical Society held a successful Annual Tea Party on the grounds of the O’Reilly House Museum in the afternoon of April 2nd.  The purpose is to remember the Placentia Area’s diverse history.  Although overcast in the morning it was a beautifully sunny day by 2 pm when the party started.  The tent that had been provided and erected by the Town was well needed to provide shade to many of the participants.

Following brief introductory comments by President Tom O’Keefe, the Tea Party was officially opened by a proclamation from Mayor Wayne Power read by Town Crier Angus Gilbert. Residents and visitors could then turn their attention to getting a cup of tea and socializing.

Musical entertainment for the afternoon was provided by Walter Parsons and Heather O’Keefe with some guests providing an occasional song.There were a couple of interludes with the first being to cut the cake.  That was done by the Town Crier’s granddaughter, Sara Gilbert, accompanied by President Tom O’Keefe.

Around 3 p.m. the Heritage Award was presented to the Freshwater Community Centre. It was accepted by President Edward Traverse from the Centre.  The award had been printed and framed by Christopher Newhook with some assistance on the wording from Lee Everts. President Tom O’Keefe outlined some of the things the Community Centre had done for history including arranging for paintings, and their display, of some of the homes that had been in Argentia before it became a US Military Base and many people had been moved to Freshwater.

Approximately fifty people attended the Tea Party and many expressed their pleasure with it. Some took advantage of the Tea Party to also visit the museum. Tours were free for the afternoon but many gave donations.

Several PAHS members and the staff assisted with the set-up and serving of refreshments. Secretary Winnie Barry, who oversaw much of it, expressed her thanks to the staff and said, “They were awesome.”Dishes and chairs were borrowed from the Star of Sea. Wayne Power provided the PA and some tables were provided by the Festival of Flags.

We have 87 guests and no members online