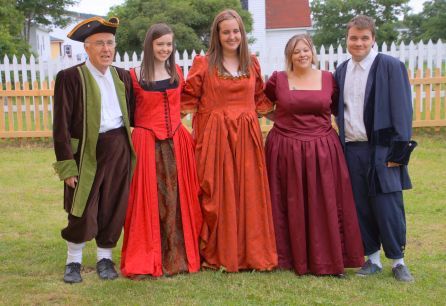 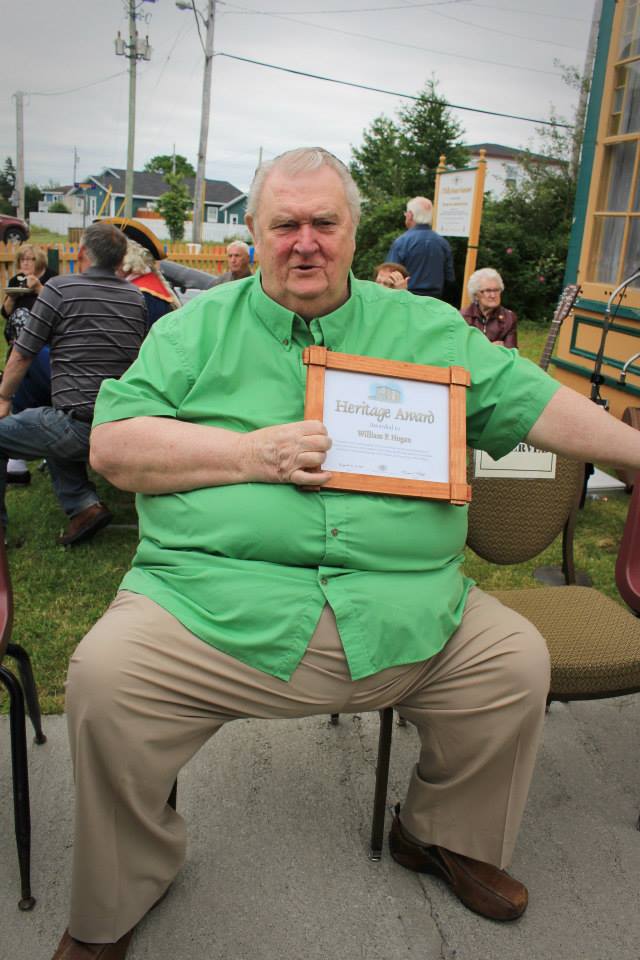 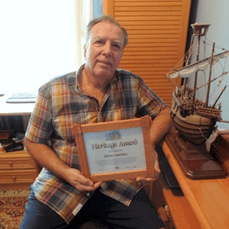 At the Annual Tea Party on August 8th. heritage awards were presented by the Placentia Area Historical Society to former Mayor of Placenta, William P.Hogan, and to a Basque historian in Span, Sabino Laucirica. Former mayor Hogan was honoured for his support of history and his many innovative projects and support to such things as the archaeological digs.  Historian Laucirica was award because of his promotion of the connection between Placentia and his community, Plentzia, the town that Newfoundland's Placentia was first named after.

As usual the tea party was held on the grounds of the O'Reilly House Museum amd included refreshments, entertainment and the wearing of period costumes. It was opened by a proclamation from Mayor Wayne Power read by Town Crier Angus Gilbert.  Music was provided by Sadie Ennis, Con Parsons and Peter O'Keefe with guest appearances from Heather O'Keefe and Tobias Pearson.  Two young girls,Brianna and Kennedy Newman, assisted President Tom O'Keefe cut the cake.

The tea party is held each year to celebrate the Placentia area's diverse history and to present the heritage awards.

We have 113 guests and no members online